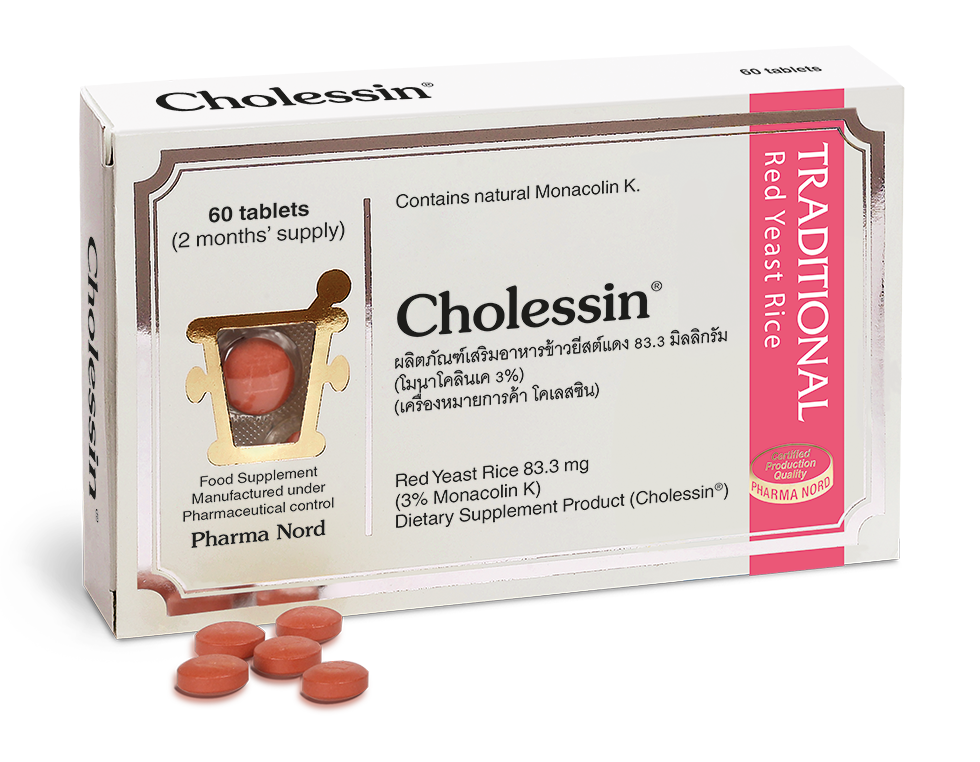 Directions
1 tablet daily, unless otherwise advised. Preferably to be taken during meal.
Do not exceed recommended amount.

Dietary supplements should not be used as a substitute for a varied diet or healthy lifestyle.

Note
It is advised to contact the prescribing physician when you use cholesterol-lowering preparations of the type HMG-CoA reductase ihibitors (statins).
An intake of grapefruit juice may affect the performance of Monacolin K and should be consumed in moderation.

Storage
Room temperature, out of direct sunlight.
Keep out of reach of children.

Cholessin are tablets each containing 83,5 mg of red yeast rice powder whose strength has been tested and has been shown to

be able to maintain normal cholesterol levels in the body. This mechanism of action is related to a substance called  monacolin K which influences the enzyme HMG-CoA reductase involved in the biological process in the body, whose end-product is cholesterol.

Cholessin is checked for pollutants like citrinin, aflatoxin, dioxins and heavy metals.

What is red yeast rice? 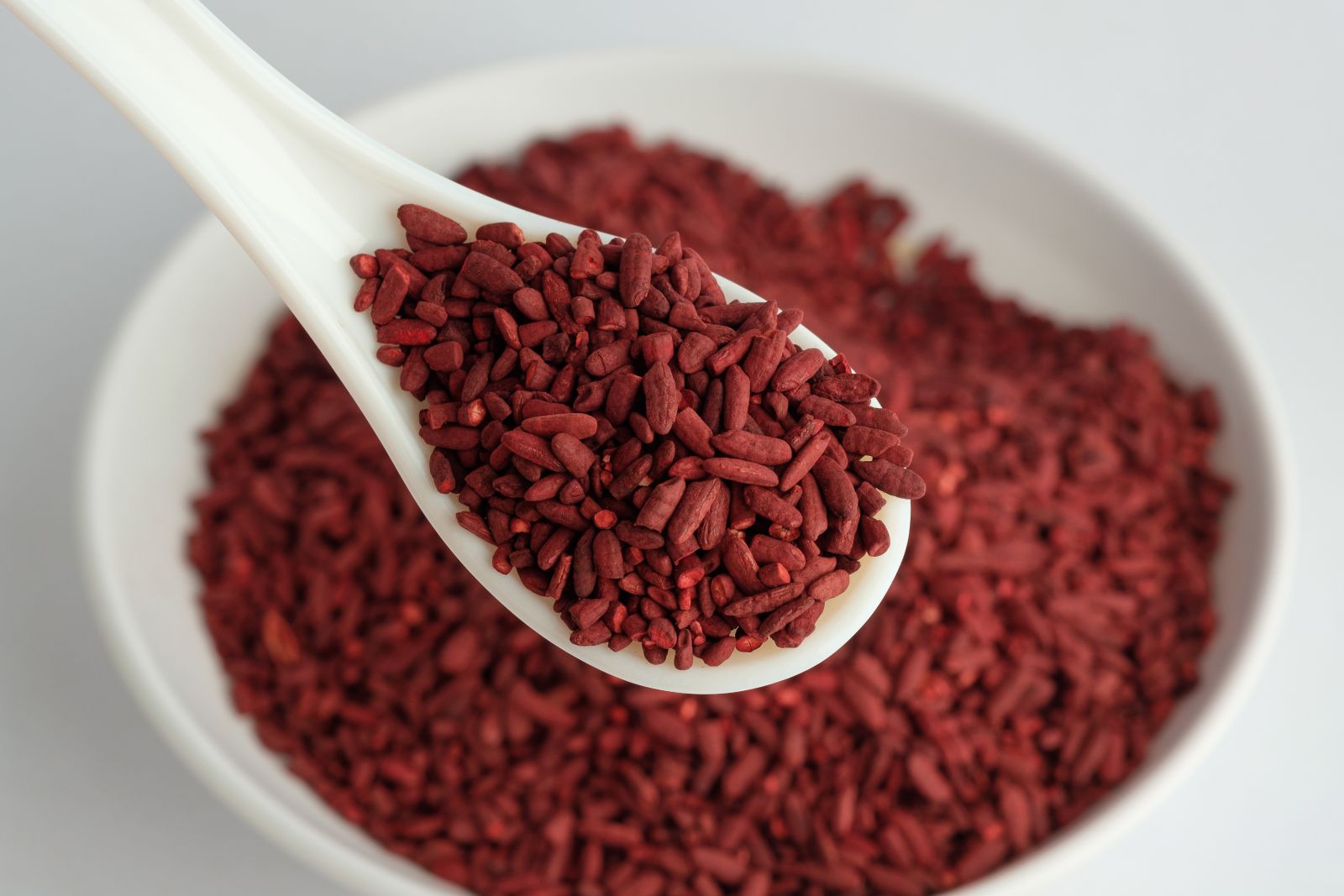 Red yeast rice is a reddish purple fermented rice whose color comes from the fact that it is grown on the yeast Monascus purpureus. Red yeast rice contains a variety of substances called monacolins, each identified with its own letter, however,  it is only monacolin K that is recognized for its ability to maintain normal cholesterol levels in the body. In addition, red yeast rice contains  a number of unsaturated fatty acids and phytosterols.

In Asia, red yeast rice is common in cooking for flavor and preservation, and in China, the use can be traced back thousands of years in history.